Please watch this space as more speakers will be announced shortly 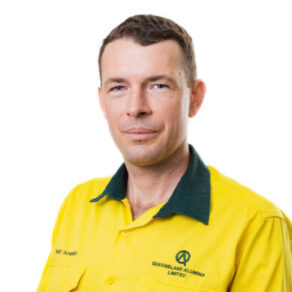 Trent established his career working in engineering consultancies in the UK and Australia, in the fields of geotechnical engineering and engineering geology, on a range of prominent projects, including the development of the London 2012 Olympic site, the London Underground and the design and certification of several large flood levees and tailings dams in Queensland and the Northern Territory.
Over the past 10 years Trent has led tailings dam construction projects and tailings operations teams in the Northerly Territory and Queensland, before moving into two non-tailings related operational Superintendent roles and then leading the tailings and environment teams at Queensland Alumina Limited for the past 3 years.